The Bulls In Control, but Don't Get Complacent

The third week of June went according to the game plan as the market’s price action just followed the white line projections as we demonstrated in real-time.

If you recall, we got the eventual breakout above 2911 on the Emini S&P 500 (ES) that pumped into the all time highs target. The bulls fulfilled their goal by the end of the week with the high print close of the week’s range and bears are still considered dead. Who knew?The main takeaway from the third week of June is that the bull train is doing bull train things and it's up 8% from the 2728.75 dead lows since the start of June. This means that it is very unlikely that the bulls will give up what they have accomplished in the battlefield for the past 3 weeks and not succeed in the monthly closing print this coming Friday. This also means that we will likely get some consolidation for at least the first half of the week. Traders must be aware and take profits accordingly every single day if scalping. What’s next?Friday closed at 2948.25 on the ES, around the highs of the week and not the dead highs given the last hour of profit taking like we demonstrated. Some traders are probably feeling really down and some on the top of the world. Don’t get complacent here because you need to stay focused on the next big battle ahead for July. That will be the likely "hold half and go" setup on the monthly chart or a straight up continuation pattern taking place. We know it’s been an easy train ride lately, but let’s not take our foot off the pedal like some rookies. This is the part where most traders will blow their load and give back a lot of gains. No need to do stupid things here or try to be a hero. Try to stabilize the mentality here.Equities: There Is a Bull Market in Bonds Out There Current parameters/bias:Given that the ES market is less than 1% away from all time highs so it’s time to talk about 3193.75.Where the heck did you derive that random number from? Well, that’s the 100% measured move target of an ongoing massive cup and handle (C&H) formation on the daily/weekly/monthly charts if you zoom out and look closely.We’re going to be using this number as a reference on the potential range expansion in the coming months given it’s an ongoing bull train from the 2728.75 June lows. To put this in another perspective, it represents roughly +8.4% gain from the current price of 2945 as of writing.By noticing the overall zoomed out pattern/structure of the broader market, we would be prepared if the bull train keeps extending so we don’t argue vs. the price action. This is quite important because in recent weeks, the bears got slaughtered and so the ongoing massive feedback loop squeeze remains strong and it’s best to be prepared so we milk for as long as we can manage.Please remember the good old cliché: the market can remain irrational longer than you can remain solvent. This bull train can last a very long time until the music stops and actually breaks key support. If everyday becomes just finding the LOD or higher lows setup so be it. Why argue against what the market is telling you through price action? Just hop on and ride till the wheels fall off, then rotate into the opposing direction when bears get resurrected again by breaking supports decisively. 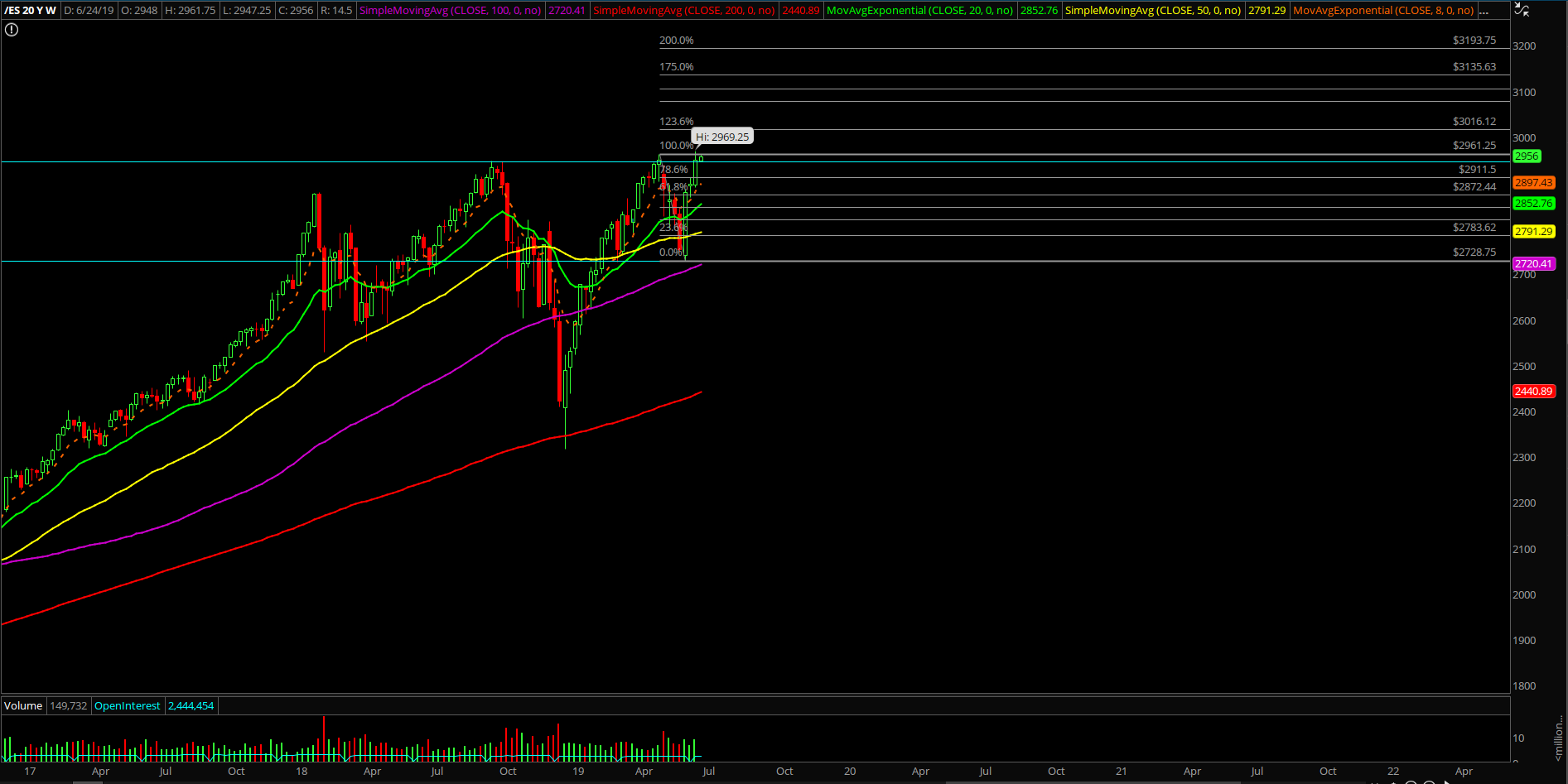